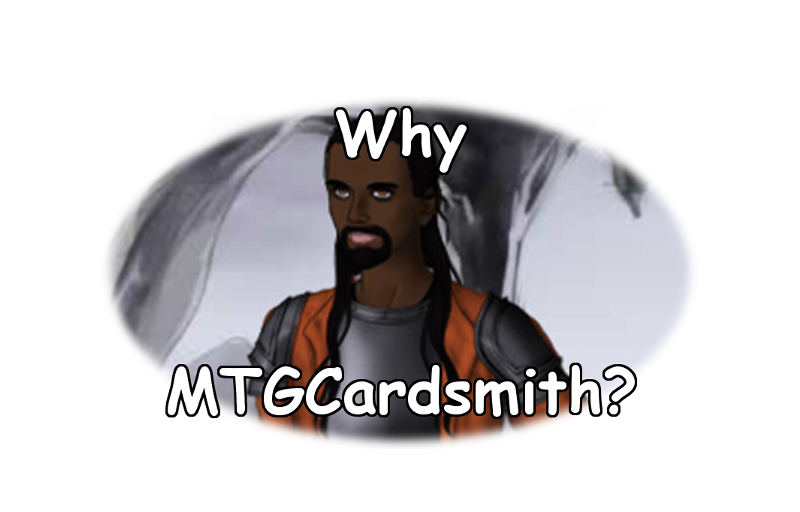 A showcase of the absolute worst and weirdest cards on MTG Cardsmith. Updating daily. When will people ever learn how to use X? I think this the first time I’ve seen an entire zone turn into a creature. I have to assume this is part of the rules text of the card. I look forward to the inevitable judge calls. Jace knows where the people go missing but can he solve the mystery of the missing power and toughness?

#mtg #magic the gathering #mtgcardsmith #WMTGCS #submission
1 year ago
105 notes
Anonymous cries "Some cards will have "psylian life" on them. Please don't get confused and think it's some stupid fake term. It's part of a project that some Cardsmiths (myself included) are doing."

I wouldn’t add a card just because of an ability that’s not explained on the card. The enlightened ability got a chuckle out of me because it just flat out doesn’t work as worded right now. It would add mana during or before the untap step when you can’t use abilities. It would then empty from the mana pool before you could do anything with it. The last ability is also just Foegod levels of silly. If your text starts running off the card it’s time to stop.

#MtG #MTGCardsmith #magic the gathering #WMTGCS #submission
1 year ago
96 notes
nokiskaur cries "Is it okay to submit old cards that we later realise are terrible?"

Sure. The only self made cards we discourage followers from submitting are ones that were purposely made bad.